In July of 2020, a few months before WBF actually launched but was in the process of being formally organized, we discovered a stunning gray BLM branded mustang in a kill pen in Texas. She looked absolutely terrified, and there was something about her that inspired us to take action. Even though she was all the way in Texas, part of a group of twelve other horses also in the same dire position of being slated for slaughter in Mexico together — we decided to rescue her.

A few hours later, we rescued all thirteen.

This action was WBF’s first rescue, diving in with both feet as we got all “Lucky 13” horses to a safe place for quarantine, immediately bringing them to a nonprofit ranch in Kaufman, Texas where they could recover from their trauma. Not only did we discover how sweet and loving this gray mare was, but the twelve other horses we rescued as part of the group also stunned us. They were primarily young, and healthy — there was another BLM mustang, two pregnant mares, several yearlings, two ponies. When Luna’s BLM brand was run, we discovered she had been rounded up as a foal, separated from her mother, and spent the next five years in a government holding facility with other wild horses before she was adopted. A few short years later, however, she ended up in the slaughter pipeline.

Serendipitously, the beautiful mustang who incited us to take action was also the very first to be adopted.

We were reached out to by a mother named Amanda in Florida, who was looking for a therapy horse for her daughter Adriana. Adriana had recently lost her father, and Amanda – an experienced horsewoman and well versed adopter of her own, with two other rescued mustangs in the family – thought this gray mare could be exactly what her daughter needed.

These are the types of stories that inspire us every day to keep working. The lives of these horses slated for slaughter, sitting in holding facilities, or dumped at auctions, are valuable and can touch so many people. We are very excited to continue to follow the journey of Luna and her new family.

“She is a huge love bug and will follow the family all over the place, as if she’s a huge puppy dog. She loves giving the smallest member of the family pony rides even though he’s only 34 inches tall and she’s a bit over 16 HH — she’s so gentle with him. She will forever be a member of our family no matter what.” 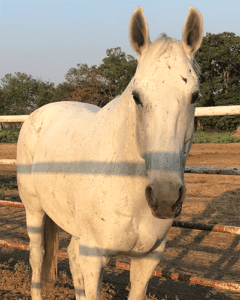 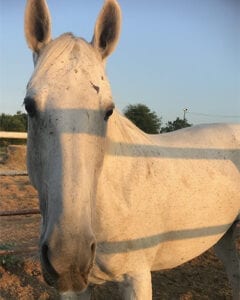 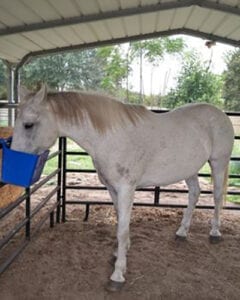 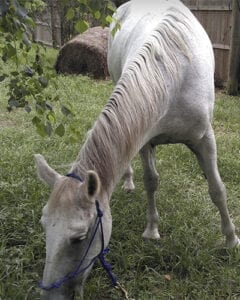 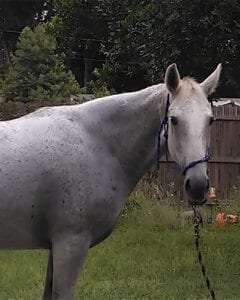 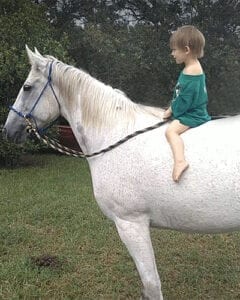 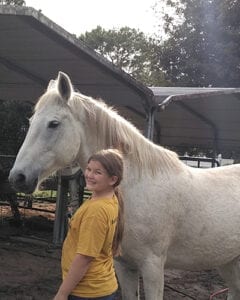 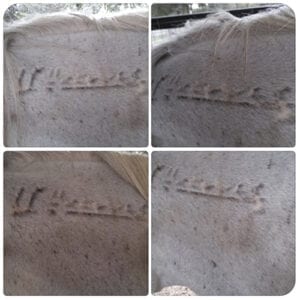