WBF is committed to doing boots on the ground rescues and adoptions of horses in need. We are very excited to share some of their stories below. Click on an individual horse to learn more about his or her journey, and check back often for updates! Every life matters. 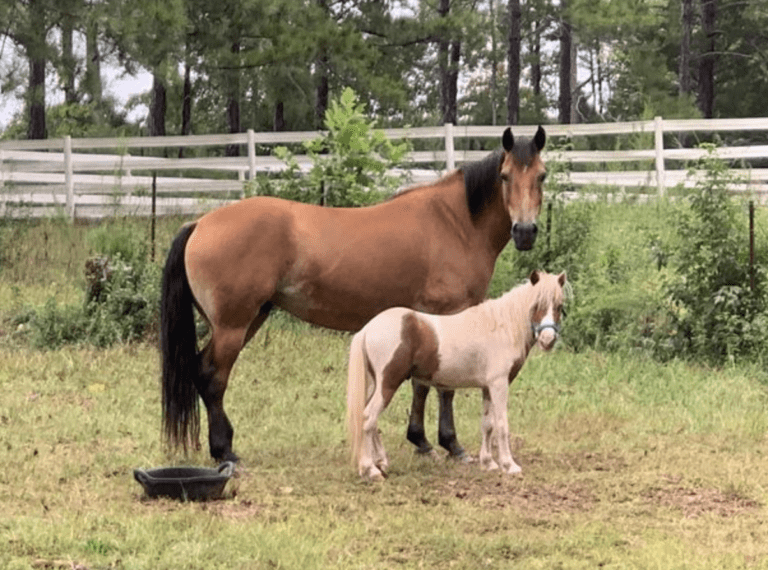 These two horses have quite a story, and were fortunate to land in the hands of adopter Ashley. Spiro is enjoying life in Georgia, and Maple (who had underlying health problems, such as trouble breathing) has been given the best treatment any horse could hope for. 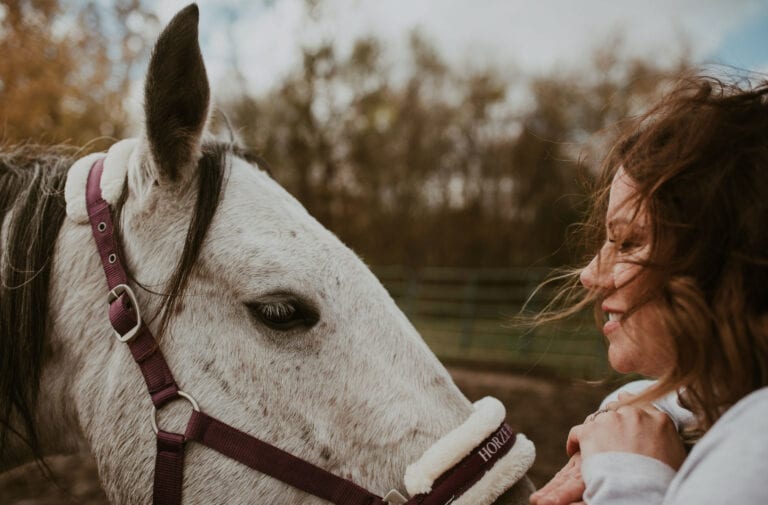 Willow was rescued by WBF out of a kill pen in Texas, and was adopted by Amber, who brought to her new home in Michigan. This stunning gray mare was completely unhanded prior to making her way to Amber, and is now lovingly following her new owner everywhere. Willow’s DNA results show that she is from Hanoverian Turkoman roots.

Willow has already successfully started her training, and Amber hopes to eventually work with her in both liberty and dressage disciplines. Amber is also now a WBF Ambassador.

We’ll be actively following and documenting their amazing journey, so check back for additional photos & videos soon. 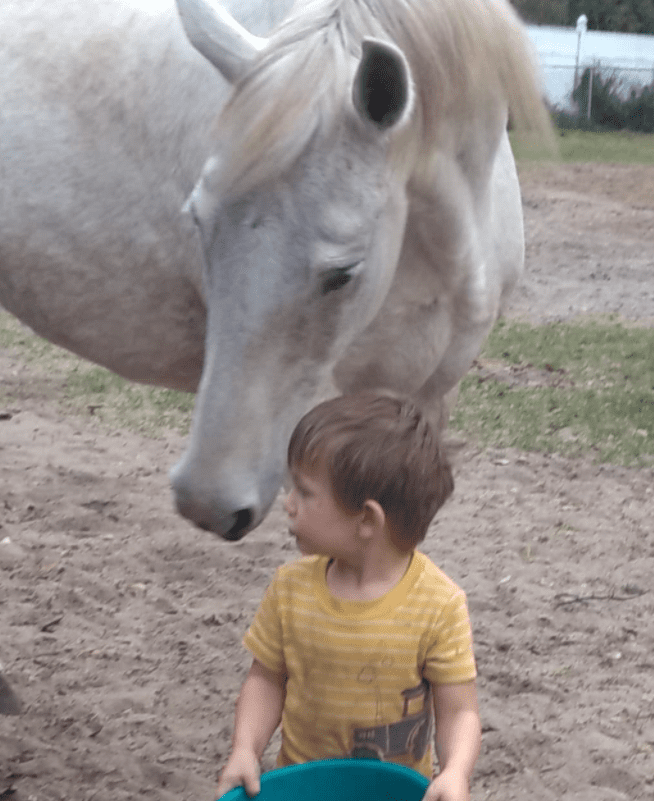 Luna is a BLM branded mustang, and was the very first horse that kicked off WBF doing our first big rescue of “The Lucky 13”. She was adopted by Amanda in Florida, to be a therapy horse for her daughter Adriana. Luna is ten years old and was originally rounded up when she was a foal in the wild. After being taken away from her mother, Luna spent several years stuck in a government holding facility before she was adopted. Somehow along the way, Luna ended up in the slaughter pipeline, where WBF rescued her.

Luna has now bonded with her amazing new family, and even has a two year old boy leading her around! We will be documenting this journey, so check back for additional photos and videos soon. 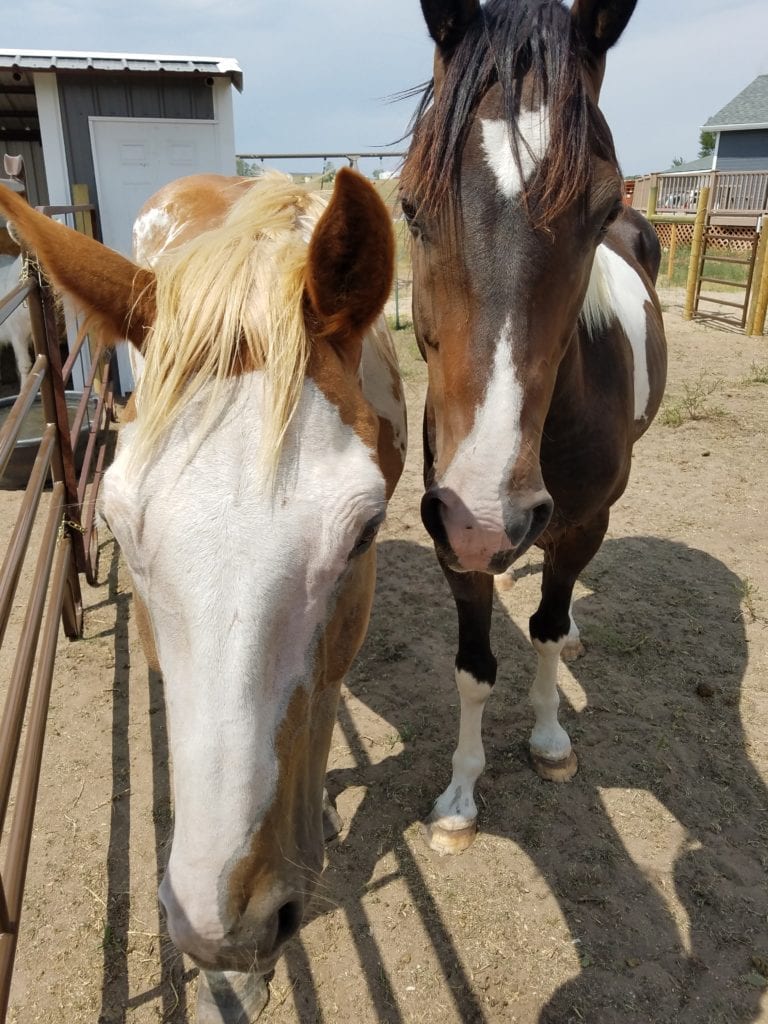 The Hiatt Family are second to none when it comes to making decisions as a unit. Discovering the dire rescue situation of “Newt” through WBF, they voted to save him — allowing the beautiful black and white gelding to skirt an otherwise very sad fate. A few weeks later, the family voted again — bringing a second WBF rescue “Bartleby” into their lives.

Both paint geldings were brought to Colorado to start their new lives, under the loving care of the Hiatts and their two daughters –who have given these horses the most amazing, thoughtful names! We can’t wait to follow their journey. 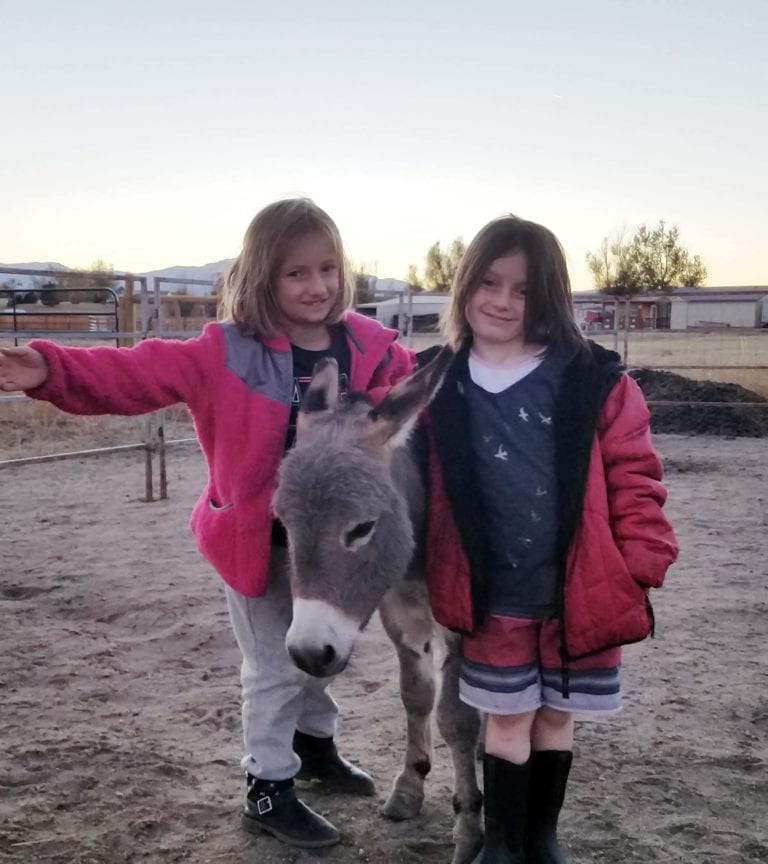 If the Hiatt Family story with rescues Newt and Bartleby wasn’t enough, along the way with their journey with the two paint geldings — their donkey Puffin lost very her best friend.

WBF helped to locate another donkey, and the Hiatts thus adopted little “Spyro,” who was in the slaughter pipeline and from what we were told — was a former petting zoo donkey.

Puffin and Spyro have since become friends, and we can’t wait to continue to follow them as their story continues. Thank you, Hiatt family! 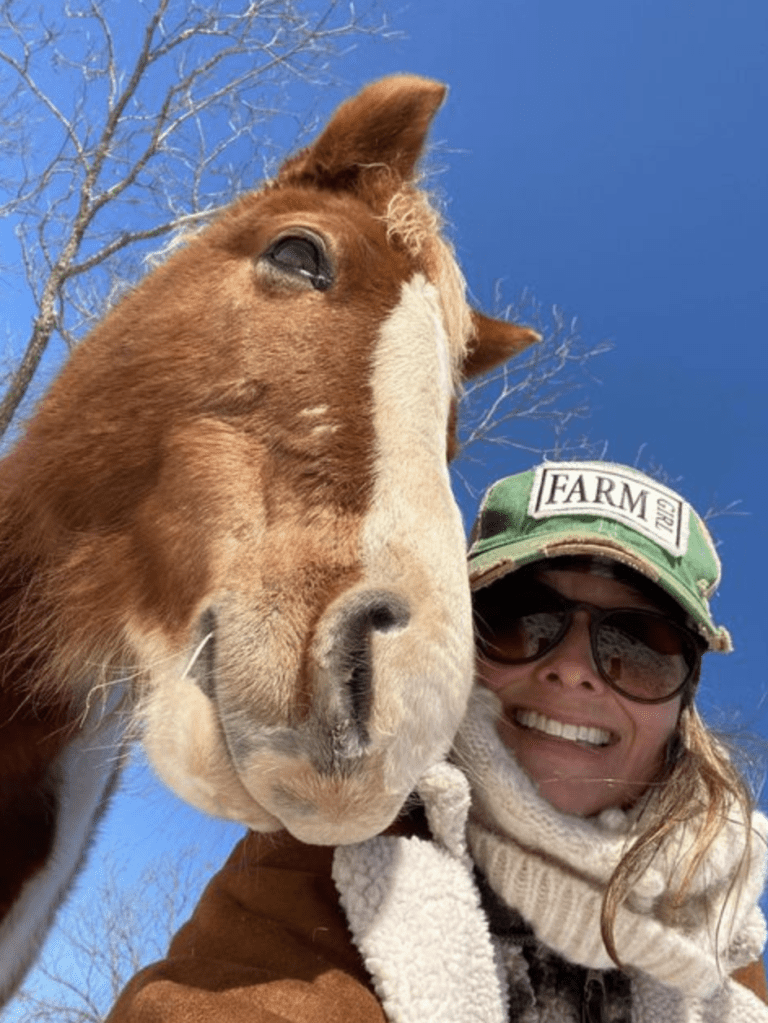 Woody is a miniature paint gelding rescued by WBF in July, and has now found his forever home with an amazing family in Louisiana!

Getting to spend time in the big pastures, sweet Woody has a new best friend in a much bigger horse called “Rusty,” loves apples, and has started to learn how to trust again. 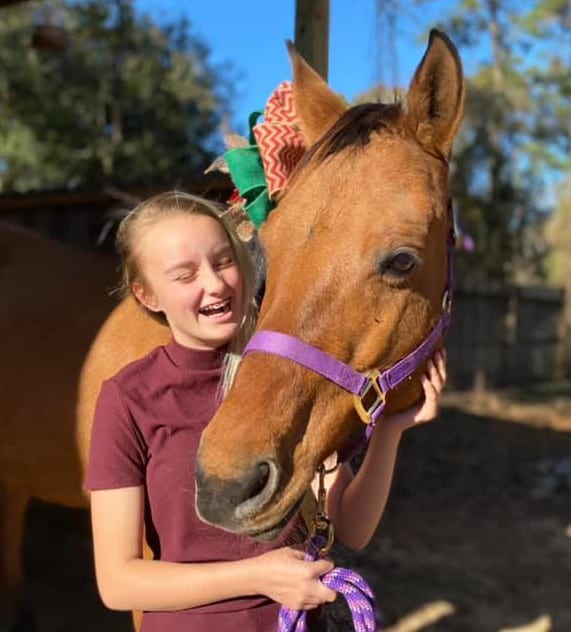 In September of this year, we got a call about a little mare in someone’s back yard — tied to a post without food, water, or shade. She was emaciated and clearly starving.

Thanks to the efforts of a number of people, including the absolutely wonderful livestock officers who took her into their custody, WBF was thankfully able to rescue her. Sweet “Ash” is now being rehabilitated, and in the loving care of her own girl, Ari. 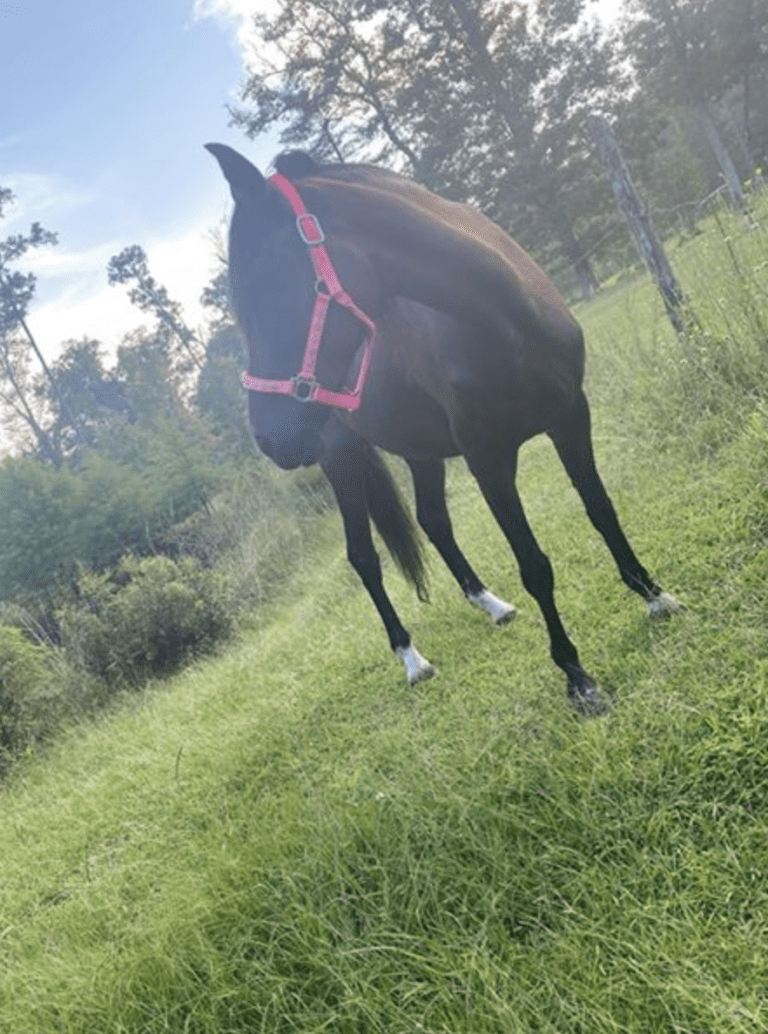 Amirah is a gorgeous, incredibly sweet Andalusian mare rescued by WBF in July. She was adopted by her new family in Texas, and now in the loving care of Laura. 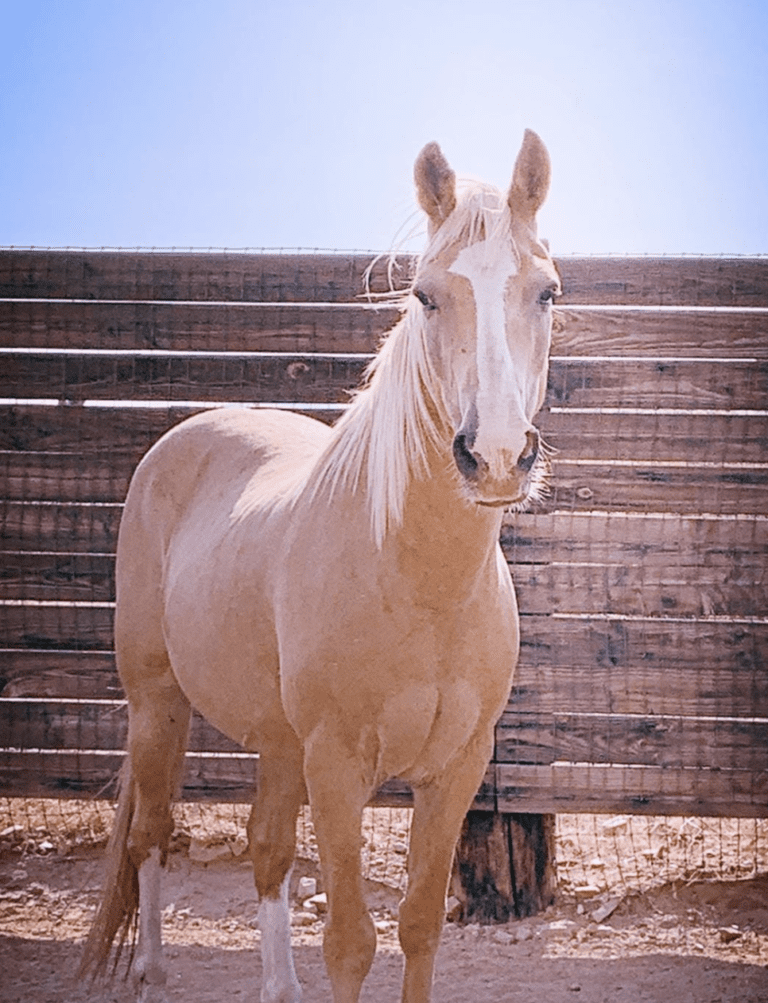 Felix is a BLM branded mustang rescued by WBF in July as part of the “Lucky 13,” and was adopted by Jill Starr and our wonderful friends at Lifesavers Wild Horse Rescue in California. We are so excited to follow Felix’s journey, and his name is perfect given he is one lucky guy! 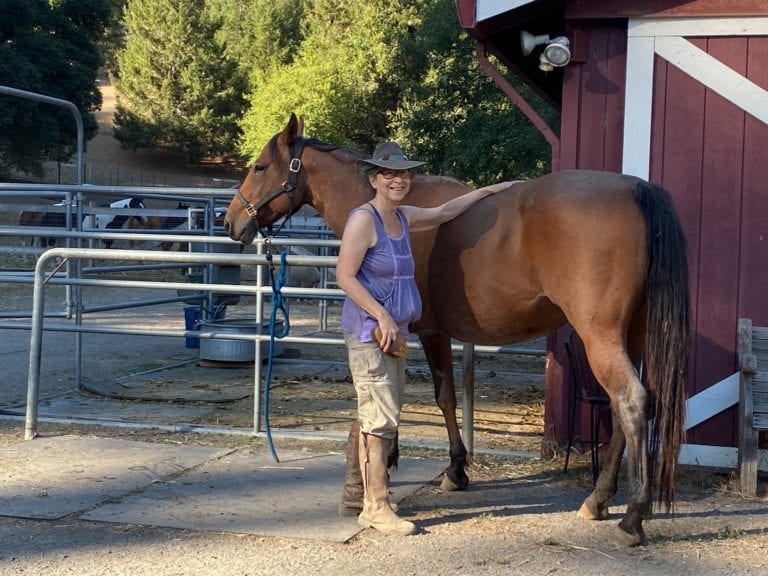 Fifteen year old sweetheart “Rosalie,” a Quarter Horse rescued by WBF in July, was recently adopted by an incredible group of people lead by WBF Advisory Board member Ariana Mazzucchi at Casari Ranch in California. Watch for more information on Rosalie’s journey soon! 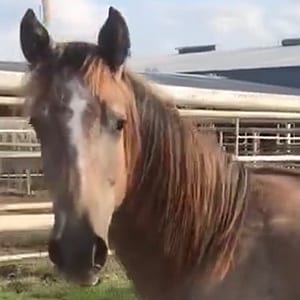 Vivaldi is a handsome red roan gelding who is incredibly sweet and gentle, recently adopted by the wonderful people of Casari Ranch in California. Learn more about the amazing work they do at Casari, lead by Ariana Mazzucchi, at Casari Ranch. 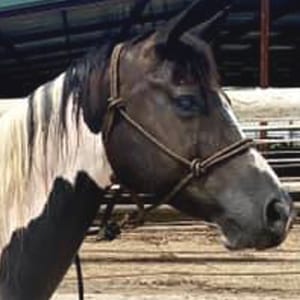 Luna is a beautiful paint mare who was rescued by WBF in September out of a kill pen in Texas.

Heavily pregnant, Luna is in foal and has been adopted by her new owner, WBF Advisory Board member Ariana Mazzucchi. Thankfully gentle, sweet Luna will be able to have her foal in a stunning new, safe place in California. 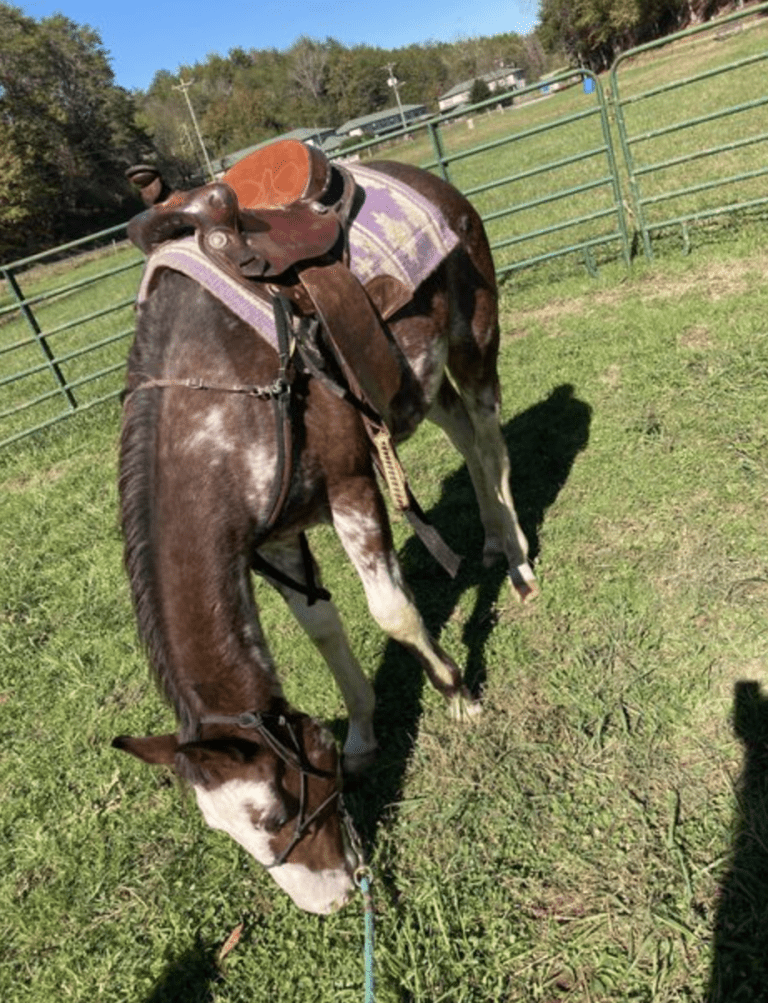 Handsome Chicaro was part of the original “Lucky 13” rescue, and adopted by her new owner Hope in Tennessee!

Originally unhanded and very unsure about humans, thanks to Hope’s gentle care — Chicaro is now following his new owners around, loving his baths, and enjoying his new life. He’s even made friends with a dog outside his corral who he loves to chase.